The concept of religion 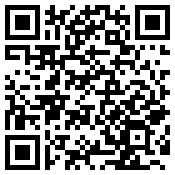 1 Law abiders Religion means procedure and law and religious is the one who abides law. Law or religion is a set of rules that a person or group is committed to, who shape their personal and social life based on it. 2 All the laws of this world The laws can be divided into real and contractual ones. a. Real law: Real laws are the laws that are related to the creation and have created a special relationship like the laws of Physics and Chemistry. Man only discovers these laws and practices them. b. Contractual laws are those laws that are defined by few people to reach a particular goal. This kind of law is further divide into two types. If the creator of this law is a human being, it is called as human law and if the creator is God, it is called as religion or the law of God. 3 Who makes the law? Religion or God’s religions are referred to as a set of rules and laws that Allah has created for man’s benefit. Acceptance of such rules which have been created by Allah is called as Islam and the followers of Islam are called as Muslims. Therefore, in the general sense, Allah’s all religions can be referred to as Islam, and all religion followers can be called as Muslims. But, Islam and Muslims have a more specific term, which Islam and Muslims are known for. 4 The last and the Universal law of Allah: When criterion for religion became following Allah’s commandments, if He reveals to humans His latest rules and instructions, and orders everyone to follow it, definitely, religion in His view will be the last law, criterion of the divine religion and this religion will be the Allah’s religion which must be followed. Therefore, if it was proved that the last commandment and the most general law Allah have been revealed in the Qur’an through the last Prophet (pbuh), this religion is specially named as Islam, So, this religion is called as Islam and its followers are named as Muslims.

Salat the Mode of Divine

Words of Love Fear and Hope

The Foundation of Islamic Faith

How Islamic are Islamic Countries?

Islam and Humanity’s Need of It

The Preamble to Faith

The Concept of Religion Part – III

The Concept of Religion Part II

The world in the Islam sight

Hazrat Muhammad (PBUH) in the Mirror of Islam