The social status of women in Islam 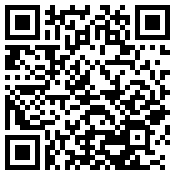 Although the role of women in the family and her presence in it is effective and of special importance, but her presence in society to the extent necessary and to meet the needs of society to the extent necessary (medicine, teaching, etc.) and according to The principle of chastity is flawless. Here are some things to look for when selecting yours. In Islam, in addition to the responsibility of managing the house and raising children, which is one of her most important duties, she shares many social responsibilities with men, and doing this duty will inevitably lead her from the fence of the house to social scenes, which is not the case. It does not only conflict with maintaining the hijab and chastity, which is one of his other duties, but also helps him to fulfill his social responsibilities and mental health better. Islam has not been strict in any way. And in all circumstances has considered the interests of the individual and society. "God willing, I will help you and I will help you." "God wants comfort for you, He does not want hardship." God says in the Qur'an about the quality of the presence of women in the presence of non-mahrams and the community: At the time of the Holy Prophet (peace and blessings of Allaah be upon him), women asked him to pledge allegiance. Women and presence in society Hazrat Zahra (peace be upon her) and after the death of her noble father (peace be upon him) had a heavy responsibility. And the Ansar were in Medina with their wives and helpers, they came to the mosque in full chastity and hijab to get their rights, and they covered themselves with men and women. And they started lecturing behind the scenes. He personally appeared before the Ansar and Muhajir women in mosques and public places and finished his argument against them and asked them for help. In their lives, their noble father (peace be upon him) divided the work between him and Ali (peace be upon him). Hazrat Fatemeh Zahra (peace be upon her) says: Only God knows how happy I am, because the Prophet freed me from accepting duties outside the home and work that is for men, but nevertheless, whenever it was his divine duty to They would enter the society with the principle of chastity and full hijab. For example, in the time of Imam Ali (pbuh), his mosque and the mosque of Imam Ali (pbuh) were separate and distinct, who preached religion and hadith, and even separate women in that mosque prayed over corpses. Women's responsibility in society Women are responsible for social denials, and have many responsibilities, not only to be vigilant about the positive and negative movements of their homosexuals and to consider their political movements, but also to be responsible for the self-improvement and intellectual cleansing of society. Therefore, a woman can create a healthy and spiritual social atmosphere by enjoining what is good and forbidding what is bad for women. Accept the hard and heavy, because they have been created a sensitive creature. Imam Ali (pbuh) says: "The woman is a flower from the flower of life, not a hero.