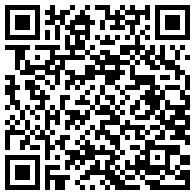 ALTERNATIVES FOR THE DESTINY OF EUROPEAN CIVILIZATION ATHEISM, ORTHODOX CHRISTIANITY, THE ISLAM OF JESUS AND OF MUHAMMAD (P.B.U.H.) The present article intends to examine some of the main intellectual tendencies which . seem to characterise the cul-tural milieu of the contemporary civilization of the West. l The burden of its argument is that' the ideological conflict of the present day world,2 while apparently pertaining to a life and death struggle of incompatible opposites, is, never-theless, unified in its materialistic outlook on life. In fact, it is this fundamental agreement of a world-view which in it self is responSible for the character of this life and death struggle. Irrespective of the'suicidal consequences of this conflict, this article tries to point out that this materialis-tic outlook on life is not just a piece of untoward accident,but the natural result of the way Christian Europe has 1. When I use the word West, I wish to refer to the present day civilization ·of Europe as a· whole. America and Russia are regarded as off shoots of tie:. socio-hlstorical forces let loose in the history of Europe since the period of Renaissance.

A Healthy Society Under The Grace of Ethics

Human Behavior and Its Organization

The Basis of Individual and Social Ethics

Who is Responsible for Education?