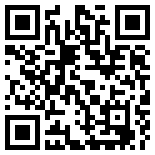 The incident begins from the land of Nijran. It is a flourishing and thriving place situated near the borders of Hijaz and Yemen. It is a land having seventy flourishing hamlets. A great river with plenty of water irrigates this area resulting in a yearly profit of ten thousand dinars for its owners. Long before the advent of Islam, the people of Nijran had given up the worship of idols and got inclined towards the beliefs of Hazrat Isa (A.S.). Have you heard the story of ‘People of the Ditch’ which has come in Sura ‘Buruj’? It is said that those believers who were cast alive into the vicious flames of fire by the infidels as a penalty for believing in the Unique God, were none other than these newly-converted Christians of this very place of Nijran. Unfortunately, just as almost all the Christians got deviated from the true and divine teachings of Hazrat Isa (A.S.), in the same way the people of Nijran too got deviated and started to believe that the spirit of Isa (A.S.) is the same spirit of God and he is the son of God.

All Solutions Are with the Prophet's Progeny

Ahlul Bayt The household of the Prophet of Allah