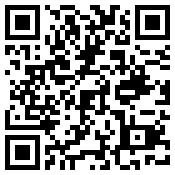 This is the story of the man who changed the world in 23 years and continues to influence it today. His father died before he was born, and his mother died when he was only six. Sheltered by a powerful uncle, he made a good start in life, established himself in a profitable business and married well. Then, at the age of 40, he was transformed. A man who could not read or write, he announced that he was the prophet of God. His name was Muhammad, and in the next 23 years he would bring peace to the warring pagan tribes of Arabia and establish the religion of Islam, which today has 1.2 billion followers.

The Life of the Prophet Muhammad Vol 3