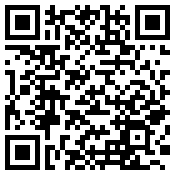 Lineage Mohammad (P.B.U.H.) is the son of ABDILLAH son of ABDIL MUTTALIB. His mother is AMINAH daughter of WAHAB. He was born in the year of Elephant (570 A.C.) in the holy city of Mecca. He immigrated to YATHRIB (Al-Medina Al-MUNAWARA) where he passed away ten years later (10th year of HIJRA). YEAR OF THE ELEPHANT The holy QUR'AN refers to this event in the following verses: {Have you not considered how your Lord dealt with the fellows of the elephant? Did not He make their guile go astray? And He let loose upon them birds in flocks hurling against them stones of baked clay, and He made them like straw eaten up}. [The Elephant: 1-5]. Fifty-two years before the immigration to YATHRIB, a Christian army led by ABRAHA AL-ASHRAM left Yemen to invade holy Mecca and destroy the Sacred House, the KA'ABA. ABRAHA and his generals were riding elephants in order to scare the Arabs who were not familiar with such animals. The army wiped out whoever tried to fight it. With the help of a treacherous man, ABI RIGHAL, ABRAHA found the route leading to Mecca, reaching the city's outskirts at night. He camped there in order to launch the attack in the morning. Source: alhassanain.com