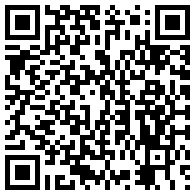 At the annual convention of the Islamic Society of North America1 held at the McCormick Center in Chicago in early September 1999 and attended by an estimated 35,000 Muslims,2 a group of young men were selling T-shirts with humorous, Islamic themes.3 One of the shirts read, “It’s good in the hood,” over a silhouette of a woman wearing hijab (headscarf ). The shirt quickly sold out, and literally hundreds of young women were roaming around the McCormick Center wearing the t-shirts over their long-sleeved shirts and baggy pants, with hijabs on their heads. Islam has become a publicly recognized religion in the American social landscape. Muslims have become visible actors not only in sports, but also at school and at work, in big cities and smaller towns. The most visible Muslims are those women who have taken up the hijab and the jilbab (a full body cloak worn in addition to hijab). In the last few years, the numbers of young, second-generation immigrant Muslim women in schools and colleges who have started wearing the hijab and jilbab has greatly increased. Why is this happening, and why now? Why did their elder siblings or parents not take up hijab earlier? The argument here is two-fold: the women under consideration are agents of change, of self and others, but they act under certain constraints. The changing attitudes of these particular women to religion are important and explain their decisions at the individual level as to why they wear hijab. But this does not help us understand why wearing hijab has suddenly become tolerable and in some ways “fashionable.”

Veils of Dignity An exposé on Muslim women

Rights of Husband and Wife

Diseases of the Soul-7 Self Admiration Ujb

The Status of Mothers in Islam

Woman's Role in the Islamic Civilization

Islam and The Position of Women

The Goals of Islamic Education

The Islamic Opinion about Education