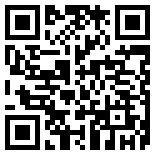 Dear Reader Every now and then, we receive some of your letters, in which you express your astonishment as for not focusing on the current political issues concerning the political and military struggle against our enemies. Moreover, some even complain that the magazine does not discuss controversial issues among the Muslims themselves, which is leading regretfully to some bloody conflicts in more than one of our Muslim regions, while others feel that we should not "neglect" or fail to give special prominence to our most respected leaders, as well as active Islamic movements, and viable causes. In this respect we wish first of all, to express our understanding and appreciation to these feelings and opinions, as well as underlining the fact that we agree with them on the necessity of discussing the issues that are vital to the Muslims life and future, but we wish to draw the attention of our brothers to the tasks the magazine has taken on itself to achieve, which is confined in the calling and cultural aspects. Such a Mission includes shedding light upon and clarifying the various doctrinal issues, which all the Islamic Nation agrees on its importance and significance. We avoid only the minor controversial current issues and this is only because they lie outside the scope of our magazine, and because other Islamic Magazines and periodicals are specialized in covering these fields. Finally, we hope that our readers will appreciate our position not to touch on these issues that may have a negative effect on the magazine's concerns and role.   Download     Source: alhassanain.com