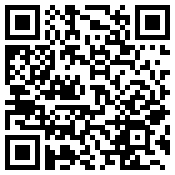 Nº: 147 - 148 13th year, August + September 2011 - Ramadan + Shawwal 1432H   Month of Allah Almighty Between Two Trades Great Every year, the crescent of the month of Ramadan comes to bring with it glad tidings and happiness to the hearts of the faithful who are always eager to welcome the month of repentance, forgiveness, mercy and the Pleasure of Allah, the very best of all months, their greatest in status with Allah, according to the Greatest Prophet. They are eager for its good companionship, for the bliss of generous Divine hospitality. During it, the most Merciful One spreads His distinguished tables, prizes and boons which extend and expand to cover all days, nights and hours of this month. These overwhelm all those who take advantage of this precious opportunity, who labor and work hard in fighting the evil insinuating nafs النفس الأمارة بالسوء , the lowly desires. They seek nearness to Allah, the most Exalted One, through types of adoration, acts seeking nearness to Him, acts of the Sunna, of goodness, of kindness; all are stated [in sacred books] and are highly commendable. In contrast with this winning trade with Allah Almighty which the faithful are keen about seizing its opportunity in this blessed month, there are other types of people who mischievously seize opportunities and wait for occasions, even the holy religious ones such as the blessed month of Ramadan. The latter are heedless of violating the month’s sanctity, so they practice their special trade with Satan and with misleading desires either for prohibitive material gain or to spread and promote misguidance and objectives that contradict religious and ethical values. There are those who take advantage of many people’s inclination for entertainment or meet or visit with their kin, something which Islam encourages in this blessed month, to turn it into a feeding ground for Satan, for corruption and suspicious things. This is what goes on during night parties and in what is labeled as deviated Ramadan evenings which attract many people. But the most serious role in this regard is what many satellite television channels do through the flood of items and series that contain deviated ideologies and scenes which tempt one towards a crooked conduct, poisoning the atmospheres of many families during this special month. What makes it worse and more dangerous is using this glorious month to show series that are called religious, yet their goal is cheap material gain: They are for the desired excitement for promotion. They depend on historic narratives and scenarios that contain many misleading doubts, doctrinal and historic confusion. This increases the confusing of the minds of viewers that are not immune. One of the most important new works on this level has been stirred by a series shown by many Arab satellite stations. It was produced by Al-Maha, a Kuwaiti company, and it is titled “Al-Hassan, al-Hussain and Mu’awiyah”. This televised series has created a big noise and also drawn denunciation and objection by many Islamic religious authorities from various sects as well as from intellectual and public circles due to its unprecedented daring in personifying the characters of both holy Imams. It has been rejected particularly by Al- Azhar’s Islamic Research Academy which bans its licensing because it abuses both fragrant flowers of the Messenger of Allah through the medium of Mu’awiyah and his son Yazid. Its goal is to justify the latter’s deviations and cover up their crimes against Islam. This televised series contains many fallacies, historic and religious distortions. There must be warning against these fallacies, and people’s attention must be attracted to their ills. This raises questions about the status of looseness and chaos in licensing such actions which create problems and differences, things which we do not need. Also, this question forces itself: Why is there no initiative to put together a specialized board from among official entities in the Arab and Islamic countries to oversee religious and ideological activities and monitor such controversial actionSs in order to avoid their negativities instead of leaving them to whims and contradictory views? May Allah Almighty accept the fast of those who observe it; may He accept their prayers and grant them rewards without count.   Download   Source: nooralislam.org