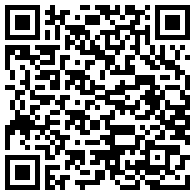 Nº: 153 - 154 13th year, May + June 2012 - Rajab + Shaaban 1433H   Fatima: The Greatest Truthful One (peace with her), and the Depository of the Secret The As narratives vary about the historic events of the birth and martyrdom of the Head of the Women of the World, the portion of the greatest Prophet (p.b.u.h), Lady Fatima al- Zahraa (peace with her), both months of Jumada al-Ula and Jumada al-Akhira embrace these occasions which are the focus of attention and interest of all believers who know al-Zahraa’s lofty status and position and the sublime sacred House of the Prophet (p.b.u.h) to which she belongs, one of the honorable corners of which is her own self. The Greatest Prophet (p.b.u.h) only spoke on behalf of the Creator, the most Exalted, the most Great, when he demonstrated his daughter’s lofty status, that of al-Zahraa (peace with her). The Prophet (p.b.u.h) explained each of her merits, characteristics and nearness to Allah Almighty in statements and descriptions which he never bestowed on anyone else: She is the human huri, the greatest truthful one (siddeeqa), the head of the women of the world, the mother of her father: “She is part of me; whoever loves her loves me, and whoever hates her hates me,” he (p.b.u.h) said. Besides these statements, there are other numerous ones. All this proves that al-Zahraa (peace with her) is not like other women; rather, she is a woman for the sake of Allah Almighty Who uses her for a decree, a purpose. She is the one whose name was chosen by the revealed wahi (inspiration), assigning her marriage to the Imam of the Pious, Ali (peace with him), specifically chose her for the offspring of the Prophet (p.b.u.h) and attaching them all restrictively to her: She is the mother of both of his grandsons, namely al-Hassan and al- Hussain (peace with them), the two fragrant flowers of the Prophet (p.b.u.h), the grandmother of the chain of light from among the Imams of guidance, the flag posts of all people, till their last, the Qa’im of Ahl al-Bayt (peace with them), the Just, the Awaited One (a.s). Despite her short sacred lifespan, which is also filled with events and legacies, the movement of her personal and family life, her general Message-related stances that are filled with wisdom in the shade of her father’s lifetime and immediately after his departure to the Supreme Companion…, she is seen as being set aside for chosen roles in which the Divine management is seen quite clearly. Therefore, she had her own impact and great influence not only within the sphere of her time but in all following epochs and generations that extend beyond it. At the time when we express our pleasure on the occasion of her blessed birth anniversary, and with the atmospheres of grief on the occasion of her painful martyrdom, we nowadays so badly need to deeply contemplate on the stations of her enlightening life, on her legacy which is rich with lessons and perfections, on benefitting from them to endeavor to correct and bring back our life’s paths to the right track, to make them closer to Allah Almighty and to render them more in harmony with the principles and rules of the easy-to-implement Islamic faith. This faith was crowned by the father of al-Zahraa, the greatest Prophet (p.b.u.h), and which was firmed by the Imams of righteousness and justice: her husband, the pleased wasi (peace with him) and the righteous descendant Imams (peace with them all). Here, correcting is more badly and persistently needed on the level of the Muslim women and young ladies. The groups of evil, corruption and cheap worldly ambitions, that are aggravating in our societies, endeavor to let them both swerve from the paths of straightforwardness and dignity which easy Islam provides for them, and to take them to the pitfalls of loss and futility with the claims of the fake glitter of “civilization.” In the presence of the supreme siddeeqa (peace with her) in our minds, the symbol and the role model, we trust that her dazzling perfections and the secret that is deposited in her shall remain the living source of inspiration and the catalyst for all sincere ones to actively face the origins of corruption and futility and to endeavor to repel and curb them all.   Download   Source: http: nooralislam.org