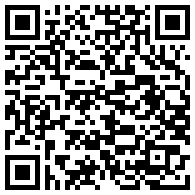 Nº: 155 - 156 14th year, September + October 2012 - Ramadan + Shawwal 1433H   The Fasting Individual, and the Fasting Nation, “… A month in which you are invited to the hospitality of Allah Almighty” – The Holy Prophet (p.b.u.h) Is there a greater honoring, a loftier status than man, a weakling, aspiring to be surrounded by the care and attention of the Creator of the cosmos and of life, the Initiator, magnanimous is His Greatness?! This happens when the most Praised and Exalted One issues an open annual invitation to His believing servants to help themselves to His mercy-giving perfect tables, surrounded with honors and dignity during exceptional days that extend all the blessed month of Ramadan. During these days, they enjoy abundant mercy, boons and gifts which the most Lofty and Great One specifically allots for those who truly respond to His great call, for those who endeavor to be among the recipients of His mercy and forgiveness. This month is the one in which Allah Almighty, out of His mercy, opens the gates of His Gardens and closes the gates of His fire, doubling the rewards, according to one hadith by the Messenger of Allah (p.b.u.h). It is the most precious opportunity which the most Praised One allows for His servants so they may focus on fortifying themselves from inclinations that mislead and desires that cause one to perish, so they may work to train themselves on fearing the hated things which time may bring about, then to rise above them, to subdue them with acts of obedience, of seeking nearness to Allah, so they may become liable to earning the Pleasure and love of the Almighty. No matter what the limited hardship suffered by a fasting believer may be, as a result of being required to perform this obligation in this blessed month, it is little and negligible compared to what Allah, the most Praised One, has promised His pious worshippers: prizes, favors and gifts to those who fast, those who stand for prayers, and those who work for His cause particularly in this great month. Happy is one who responds to the call of Allah Almighty in this month and acts according to the etiquette of hospitality and to its requirements towards his Creator, the most Exalted One. Let one be truly observing the fast, not just contend himself with the appearance and formality of the fast, as is the case with most people who misunderstand and who erroneously apply. Rather, he must exert himself to reach the essence of the fast and thus achieve his private and public objectives as well as environment as is required of him. This is revealed in a famous sermon by the Greatest Prophet (p.b.u.h) which he delivered at the beginning of this month. Its wonderful implications explain the foundations and objectives of the fast, linking it to the comprehensive message of Islam. It did not address only the fasting individual; rather, it provided directions and incentives for the fasting nation in all its groups and entities to rise in the ladder of iman, in its relationship with Allah, the most Praised One, and to rise in the general responsibilities towards itscomponents, human and social segments, in everything that achieves its fortitude and cohesion, in its presence among the nations. This is what Islam and the Qur’an call for. If piety against committing prohibitives is the label and the most prominent objective of this blessed sermon, how can we explain the violating of the greatest of prohibitions, namely spreading blind sedition, the killing of respectful souls and the corruption in the land in this and in other months, while all of this is unfortunately accepted by those who raise the slogans and banners of the creed?!   Download   Source: nooralislam.org