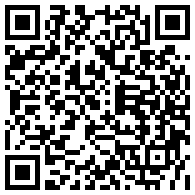 Nº: 159 - 160 14th year, January + February 2013 - Muharram + Safar 1434H THE RISING OF IMAM AL-HUSSAIN (A.S): ROLE MODELS AND MORAL LESSONS In the Islamic history, many are the events but few have impacted the Muslims’ lives and conditions as the revolution staged by Imam al-Hussain (A.S) has, mobilizing the masses towards him and his objectives despite the attempts of some people who in all times and climes oppose reform. It was a rising for correcting a serious deviation that took place in the Islamic creed and nation, to resist the horrible injustice and corruption of the Umayyads, a rising that gloriously culminated in the most immortal epic of heroism in history on the 10th of Muharram of the 61st Hijri year, coinciding with the 10th of October according to the Julian calendar or the 13th of the month according to the Gregorian calendar of the year 680 A.D. This glorious revolution defies time, keeps illuminating the path of all those who revolt against oppression, remaining as lofty as the day when it took place, loudly echoing its message, causing the faithful to more and more cling to al-Hussain (A.S) as the label of jihad, support for the right cause and encountering falsehood. It inspires the souls to be anxious about supporting and promoting the lofty principles and goals for which Imam al-Hussain (A.S) sacrificed himself and his precious companions. Every year, allegiance is renewed to this grandson of the Prophet 5 in all lands of the earth and by millions of those who are loyal to him and to his principles, an allegiance which they express with tears for his great tragedy, for the nation’s loss of such a precious Imam and leader, turning into a loud cry for everyone to tread his sacred path despite the blood shed by the enemies of Allah and of humanity whose hearts are filled with grudge and animosity and who hate to see millions of processions expressing such allegiance. The shout of “Is there anyone to support us?!” is met by “Labbayk ya Aba Abdillah!” Here we are, O father of Abdullah! It is the call of everyone who opposes Yazid’s falsehood and who believes in and promotes the noble principles and objectives of the revolution of the Father of Freemen (A.S). Noor al-Islam Magazine Source: nooralislam.org